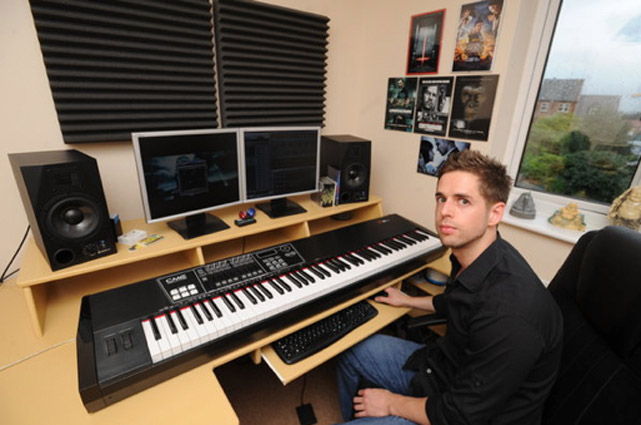 Former Kirk Balk pupil Chris, 31, studied music technology at Barnsley College and got into writing movie trailers when his website was spotted by somebody in the industry.

His credits include 'Rise of the Planet of the Apes', the Liam Neeson thriller 'Unknown' and 'Flying Swords', starring Jet Li, which is released in 3D iMax cinemas this month.

The movies which he helps promote have massive budgets, but Chris's work is created in a temporary studio at the home owned by his mum and dad, Anne and Malc Haigh, of Pashley Croft.

Chris, of Dove Road, Wombwell, said: "I got into trailer music because a guy who owned a trailer music company came across my site.

"It was something I hadn't thought about but I said I'd give it a go. My music is of that big epic style and I've been doing trailers for the last two years."

He composes the scores and records most of the music digitally in the studio, while orchestras including Liverpool Philharmonic and the Czech Philharmonic, have been used to add instrumental elements.

He has also recorded promo music for the American television channel CBS's coverage of the LA Lakers.