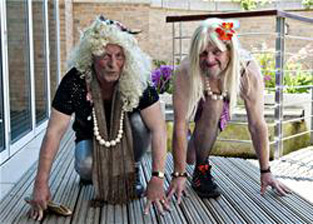 Fancy Drag Race Cancelled Due To Lack Of Numbers

A CHARITY road race that encourage men to race around the streets of Barnsley dressed in drag has been cancelled due to lack of numbers.

Barnsley Hospice had arranged the men-only event as an alternative to the successful Midnight Walk, which is open to women.

It was scheduled to happen on October 7 but the Hospice revealed today that it has had to be cancelled because not enough people signed up.

Event organiser Helen MacIntosh said: "We tried to bring a ‘men only’ event, but sadly there hasn’t been the take-up which we anticipated for the Fancy Drag Race and therefore we have decided to cancel the event.

"We want to know what kind of events men would like to take part in and what new events for both sexes would be a good idea."

What event do you think would capture people's attention? Comment in the box below and we will forward on your suggestions.