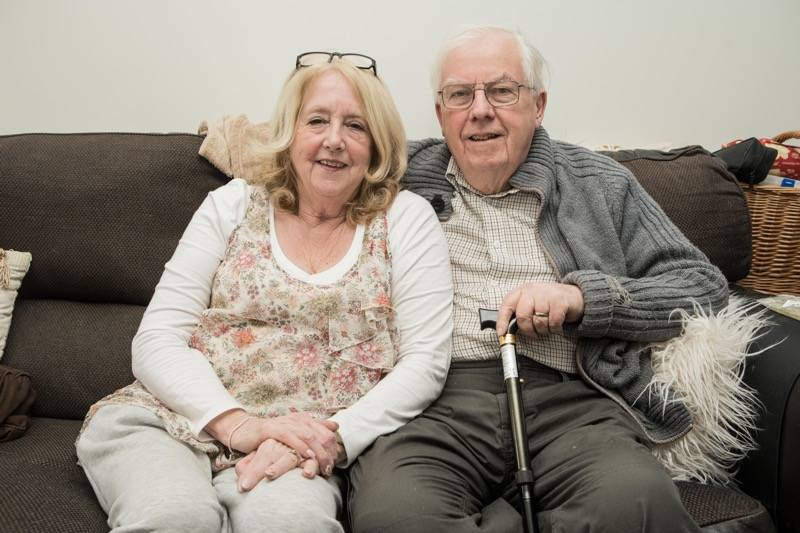 A FORMER nurse who has become the full-time carer to her husband with dementia gave an emotional recount of how her life has changed since his diagnosis and how more needs to be done to help carers in Barnsley.

Jenny Bridson, 70, spoke at the first Best of Barnsley Dementia Care Awards about how her life has changed since her husband was diagnosed with dementia in 2014.

Her husband John, now 79, who is a former paediatrician at Barnsley Hospital, began showing symptoms of dementia in 2010 when he would fall unexpectedly and become easily confused.

His doctor first dismissed it as a sign of ageing, but both Jenny and John knew that that was not the case.

In 2014, John was diagnosed with Lewy Body Dementia, an aggressive form of dementia which can cause hallucinations and rigid muscles.

However, Jenny described how doctors were still unable to diagnose John and he has since been diagnosed with Alzheimer’s and apraxia which affects his muscles and motor control.

After John’s diagnosis, Jenny became his full-time carer and despite being a nurse, she described how she was not prepared for the emotional toll seeing her husband’s mental state deteriorate would have on her.

“John worked in field hospitals during the Kosovo crisis and he helped to cure hypothyroidism in Albania, he was a very strong man and to see that deteriorate so quickly is heartbreaking,” said Jenny, of Albany Close, Wombwell.

“It is hard for me as well as him because I had to explain to our six children what was happening to their dad, and to our grandchildren as well.

“I never knew how lonely being a full-time carer could be until I experienced it.

“I’ve lost contact with friends because no one wants to ask how you are, and when they do they don’t really mean it.

“I started lying and saying I was OK, but now I just don’t say anything. I think people forget that John’s condition affects me too because I’m not the one in the wheelchair.”

Jenny is now receiving help from Barnsley Carer’s Service and said it is nice not to feel judged for wanting a break from being a carer.

“My world has become so small. I just want someone to take me shopping or for a coffee, I just want a break from it all day every day.

“I love my husband but when I was a nurse I could deal with everything the job threw at me while I was wearing my uniform.

“I don’t have a uniform now, and it is so different when you have to care for someone you love.”

Now, Jenny wants to appeal for more support for carers as she feels that dementia sufferers and carers alike get ‘lost in the system’.

“When John is in hospital, all people see is that he has dementia, they don’t see the man underneath – the man I married. And I feel like we all get lost in the system. Dementia has robbed me of my husband – John doesn’t deserve this, and neither do we.”