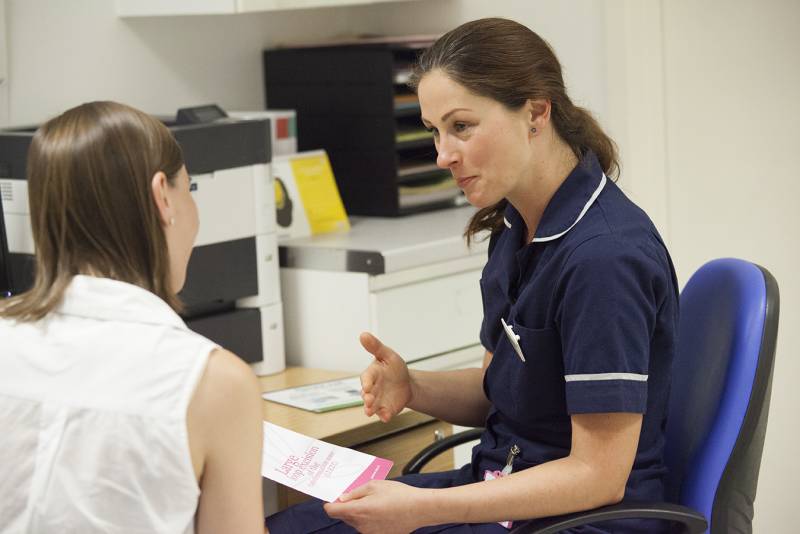 SCREENING rates for cervical cancer which are said to be at a 20-year low in Barnsley resulted in action being kick-started in a bid to save more lives.

Latest data for the town shows that 76 per cent of women eligible for cervical screening, aged between 25 and 64, have been screened adequately within the last three-and-a-half years.

While that’s higher than the national average, health bosses in the borough have noted a downward trend locally, leading Barnsley Hospital to encourage as many women as possible to attend their smear test appointment as part of Cervical Cancer Prevention Week, which ended on Sunday.

However, the awareness week has been cited as a boost by health bosses and it’s something which will continue to be a top priority to increase the amount of women attending appointments.

Colposcopist nurse Diane Brookes said: “Cervical screening isn’t a test for cancer, it’s a test to look for precancerous cells which, if left untreated, may develop into cancer.

“For the sake of a two-minute procedure it helps save lives. One of the biggest factors for getting cervical cancer is not attending for your smear.

“The prevention week was part of a dedicated drive to ensure people know how cervical cancer can be prevented.”

In Barnsley, about 15 women are diagnosed with cervical cancer each year and screening appointments in the area were extended to evenings and weekends last year to help women get appointments at a time most suitable to them.

Public Health England said most screening results will be completely normal and has estimated that if everyone attended screening regularly three-yearly for the 25 to 49 age group and five-yearly for 50 to 64-year-olds 83 per cent of cases could be prevented.

The test found abnormal cells in Pat’s cervix and she was asked to book an appointment at Barnsley Hospital, where she underwent a minor operation.

She added: “A family member had suggested that I didn’t need to bother going for my last one. I always intended to go, but it did make me wonder. In the end I decided to book it and I’m so thankful I did.

“People should definitely go for cervical screening - it’s a few minutes that could save your life.”

Dr Hussain Kadarsha, from the Barnsley Clinical Commissioning Group, said cervical cancer can be prevented through screening by picking up early changes in the cells before the disease develops, which happened in Pat’s case.

“We know that younger women aged between 25 and 49 are less likely to attend a smear test which is obviously a concern, as cervical cancer is the most common cancer in women aged under 35, with eight women a day being diagnosed with the disease in the UK,” he added.

“It can be prevented and the best way for women to protect themselves against cervical cancer is by taking up their cervical screening appointments.

“We know that many women don’t attend their appointment for a variety of reasons, but we want to make sure that appointments are available at the best times to suit them.”