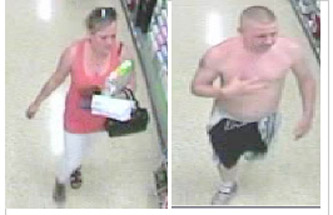 POLICE have released a rogue's gallery of suspected shoplifters as part of a crackdown on retail crime.

Statistics show that shoplifting in Barnsley has rocketed by 16 per cent in the last year, with 871 incidents being recorded.

Police would like to speak to the people shown in the CCTV stills as part of investigations into alleged shoplifting offences.