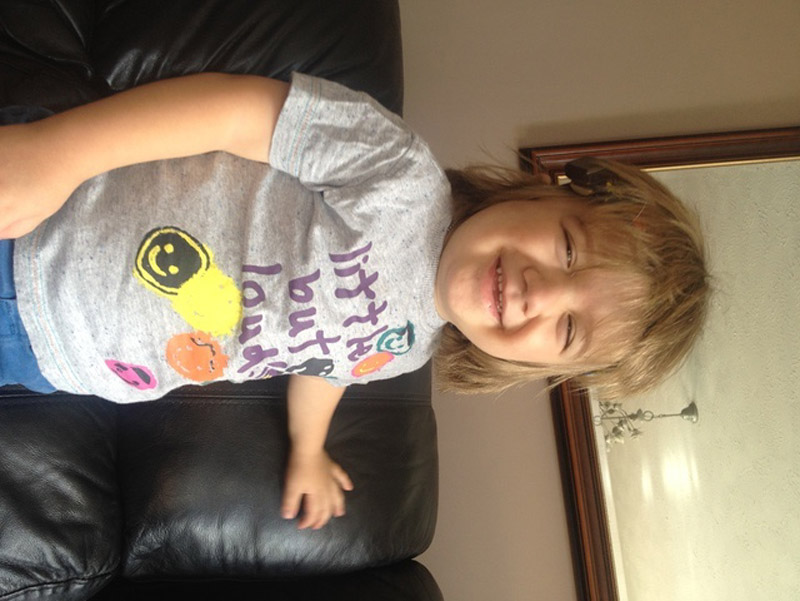 A BARNSLEY mum is backing a new charity after her son was diagnosed with a medical condition that sees him stop breathing as he sleeps.

Emil Dickinson would stop breathing 100 times throughout the night, without a special special ventilation mask to keep his airways open.

Emil, two, has obstructive sleep apnea syndrome and his mum has now joined forces with another Barnsley mum to promote the Children's Sleep Charity.

Rachel Dickinson, of Redhill Avenue, Kendray, said: "Emil never slept well from birth and he was chronically sleep deprived. He was so tired that he

was unable to sit up and he was failing to meet his developmental milestones."

Emil had surgery but it failed to improve his sleep and so doctor's put him on a study and discovered his oxygen levels were extremely low.

breathing during the night - allowing him to get his first night's sleep since he'd been born.

Rachel said: “This was the night that changed all our lives. Emil looked so restful and relieved

that he could finally breathe while sleeping."

The Children’s Sleep Charity has been set up Vicki Dawson, a mum who is originally from Barnsley and aims to raise awareness of sleep

issues to both parents and practitioners.

Vicki said: “People don’t understand how serious sleep issues can be for both parents and

"Sleep deprivation can impact on a child’s health,

learning, behaviour as well as on the parents functioning. Emil’s case highlights the need to increase awareness not only amongst

parents but also amongst professionals.

volunteers because sleep isn’t identified as a priority area for funding."

The charity plans to run a series of workshops for parents in Barnsley in the autumn. More info can be found at www.thechildrenssleepcharity.org.uk