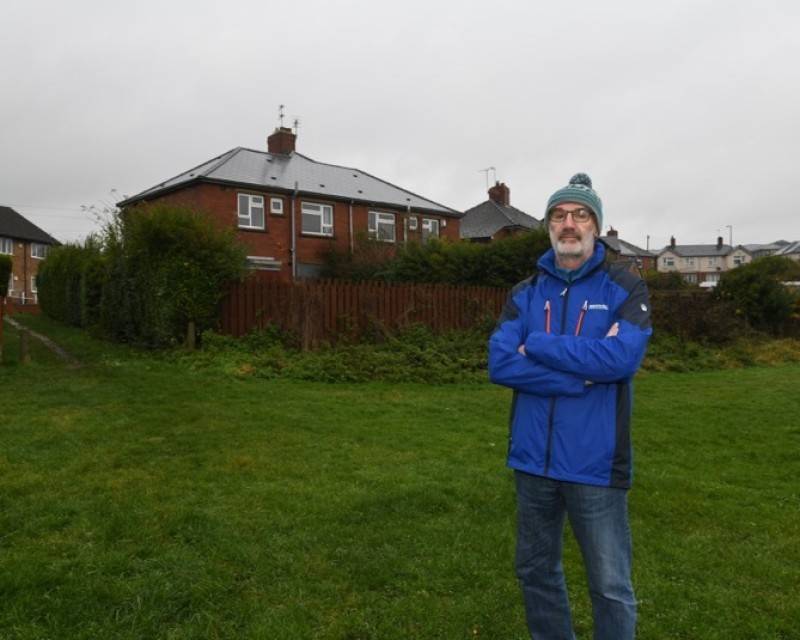 PLANS to build a housing estate in a ‘toxic air zone’ adjacent to the M1 motorway have taken a step closer - after Barnsley Council issued legal notices to carry out the demolition of two four-bedroom properties to enable access to the site.The notices, issued to residents on South Road, Dodworth, stated an initial intention of the demolition taking place as soon as next week, but Coun Peter Fielding told the Chronicle he has secured a delay to avoid adjacent residents being subject to disturbance over Christmas.Persimmon Homes, the developer behind the 146-home planning application, outlined its bid for the land in April last year but concerns over its first choice access route - via a cul-de-sac on Bark Meadows - have delayed a decision.

A field earmarked for recreation - which borders the planned housing site - is now viewed as the preferred option as an alternative route in, but it would result in the boarded-up council houses being demolished.

Coun Fielding said: “I am calling on the council to cancel these plans altogether before it is too late in order to retain these two valuable council houses as well as keeping the park, sports pitch and children’s play area for this community instead of building on it, which is its declared intention.“In 2018 Persimmon Homes submitted a planning application for homes on land adjacent to the M1 between Keresforth Road and junction 37 but due to difficulties in providing suitable access to the site, the application was never determined. Persimmon appear not to be interested in using this access and from what I understand may be losing interest in the site altogether.”Plans show there will be 23 two-bedroom, 89 three-bedroom and 34 four-bedroom homes if the application is approved, with five per cent of the 146 being classed as ‘affordable housing’.A Section 106 allocation - money put aside by developers for loss of amenity - includes £764,506 towards education provision and £222,093 for recreation, while an acoustic barrier will separate the site from the M1.Coun Fielding added: “Residents are now only just realising that the council’s determined to build on this park, which is the only one that serves this large housing estate. It is clear that no effective consultation has taken place about the loss of yet another park, just half a mile from Penny Pie Park which is due to be turned into a road junction.“There is no justification for any council to build on its parks in the way this local authority is planning to do, and it is shameful that they are so determined to build on this park that they could not wait for planning permission.“They are scarce four-bedroom council houses which have been empty now for almost a year, a year in which two families in need of a decent home could have lived in them.“When the council quite rightly puts pressure on private landlords for having empty properties, this is not a good example.”According to the council, there are more than 8,200 people waiting to be housed.Coun Tim Cheetham, cabinet spokesperson, said: “The land between South Road and the motorway sliproad is allocated for housing.“The Persimmon Homes application submitted last year, which proposes to access part of the housing allocation from Bark Meadows, has not progressed because of concerns regarding the access. Alternative accesses are therefore being considered and one option includes taking access from South Road.“On this basis, Berneslai Homes have relocated tenants from a pair of semi-detached dwellings.“Should the council decide to take forward a residential scheme on the land we own, we will expect public consultation to be undertaken before a planning application is submitted so that the local community has an opportunity to have their say at an early stage in the process.”
END_OF_DOCUMENT_TOKEN_TO_BE_REPLACED