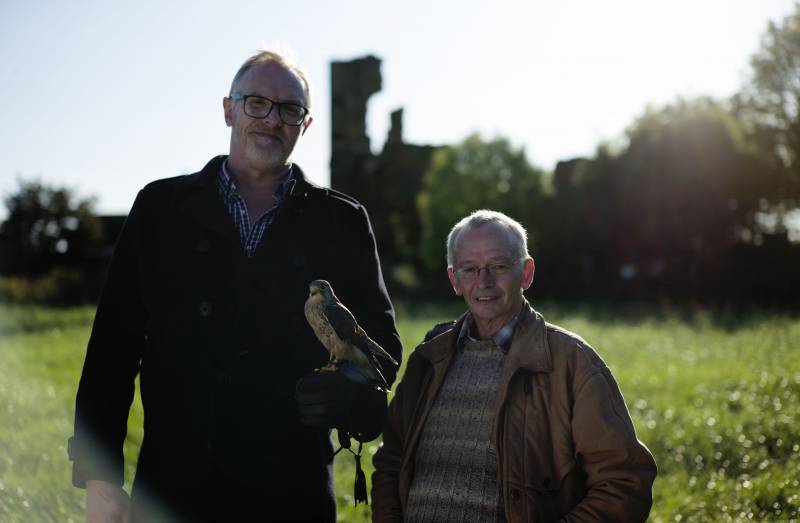 A BBC Four documentary on Barry Hines’ book, A Kestrel for a Knave, is set to air next week featuring TV star Greg Davies.

The actor, 51, famous for his role in the E4 comedy series The Inbetweeners, came to Barnsley last month to interview Ronnie Steele, Richard Hines and Milly Johnson for the upcoming documentary, Greg Davies: Looking for Kes.

The documentary will see Greg, who is also an ex-English teacher, go in search of the book’s enduring appeal, travelling to Barnsley, where the book was set and where Ken Loach’s adaptation of the book, Kes, was filmed.

It will also see Greg meet a number of Barry Hines’s friends and family, visit places where Barry used to socialise and visit the site where Barry Hines’ brother Richard, found his own Kestrel.

The programme will air at 9pm tonight.