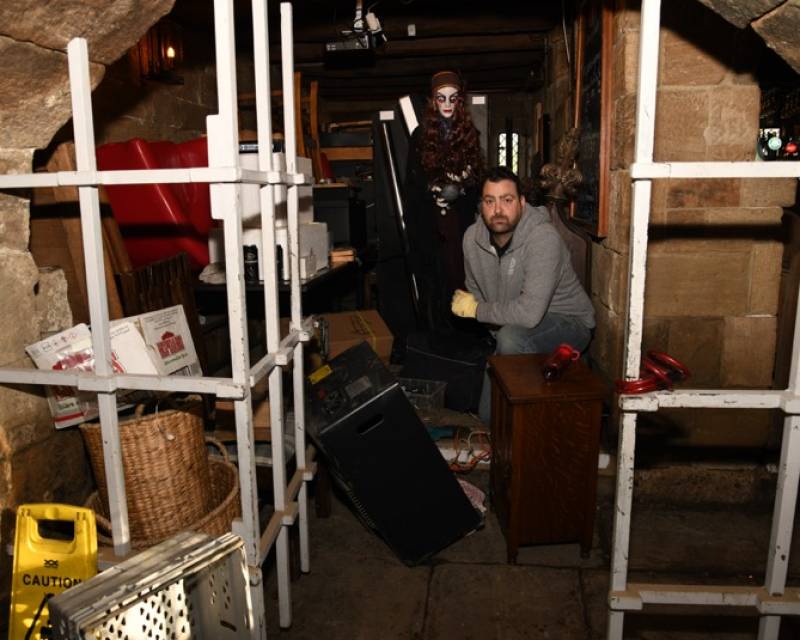 THE landlord of what is thought to be Barnsley’s oldest pub lost an estimated £30,000 in stock and revenue after it succumbed to flooding for the fourth time in 15 months last week.

Emma Bailey, who runs The Mill of the Black Monk on Grange Lane, was left with no choice but to close the pub and restaurant.

The building was built in about 1150 although parts date back to about 700 AD.

“We began flooding at 11am and this is the fourth flood in 15 months,” Emma said.

“We have a drain outside and we always know when it gets to a certain level that we’re going to flood. We contacted Yorkshire Water to let them know but they didn’t do anything. We took as much as we could upstairs and within a few hours the water had risen to about four feet.

“We’ve lost around £30,000 in stock and revenue, including stock we had received for the launch of our Christmas menu. We had to close over Halloween because we suffered another flood and again we contacted Yorkshire Water to explain that something needs to be done but we’ve just been left to our own devices.”

Emma claimed Yorkshire Water promised to send an industrial pump, but it did not arrive.

“We have a couple of pumps that we own and we had staff members and volunteers help us empty the pub of water and sewerage,” Emma added.

“I can’t thank my staff and public enough. People have been giving up their own time to come down and help us clear the mess and Jay Cotton, one of our customers, has been kind enough to set up a Go Fund Me page to help us with replenishing stock and we are humbled by the support we have received.”

The devastation following the flood, caused by the River Dearne bursting its banks, means that nearby residents now have to pay out of their own pocket to replace what has been lost in their homes, due to insurance companies refusing to provide them with a policy following the floods of 2007 and 2012.

“This has been a massive blow,” Emma added. “For us it’s a business, we don’t live here but for residents they have to go through this time and time again and it’s not on. Something needs to be done and we feel as if we are being forgotten.

“Our main concern now is that a dam has built up on the River Dearne so if there is more torrential rain, we’ll be underwater again. It needs sorting urgently.”