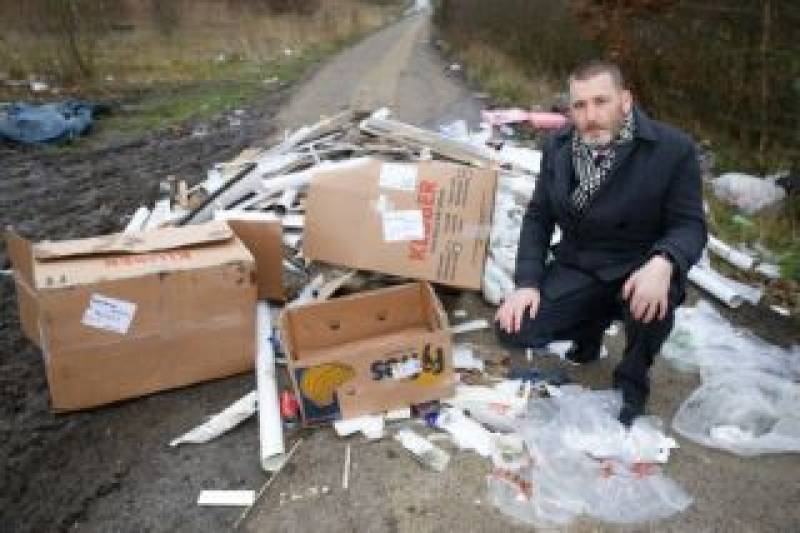 FLY-TIPPING incidents in Barnsley have been reduced by almost 1,000 cases in a year, according to official figures.

The figures, from the Department for the Environment, Food and Rural Affairs (DEFRA), reveal a three-year downward trend for the borough after figures peaked in 2016/17 when 4,328 cases were lodged with the council.

Little Houghton Parish Council’s Kevin Osborne, who has campaigned for stiffer punishments for fly-tippers, said: “It’s a remarkable achievement in terms of how much the figures have gone down in a year.

“However, it’s important to remember that these only relate to the council’s land and they don’t include private fly-tipping, where I believe it’s at its worst.”

According to the DEFRA report, construction and household-related tipping was most common throughout the period, with those categories totalling a combined 2,019 cases.

Seventeen fly-tippers’ vehicles were seized and crushed but just seven prosecutions were achieved, despite 2,528 ‘warning letters’ being sent by the council.

“This figure alarms me as clearly the council know the person’s name and address but only seven of those have been prosecuted,” Kevin added.

“I’d like to see this figure increase next year, and also stiffer checks being brought in for tyre and construction businesses.”

According to the council, figures for reported tipping are reducing thanks to proactive work by officers and the local authority’s award-winning #EverybodyThink campaign.

A spokesman said: “We‘re determined to reverse the trend here in Barnsley.

“With our #EverybodyThink campaign we’re asking people to think carefully about how and where they get rid of unwanted items and rubbish.

“We’d like to encourage people to keep on supporting our efforts by reporting fly-tipping and sharing our social media messages.

“Together we can make a difference and change behaviour.”