Cut rail fares until we get new trains... 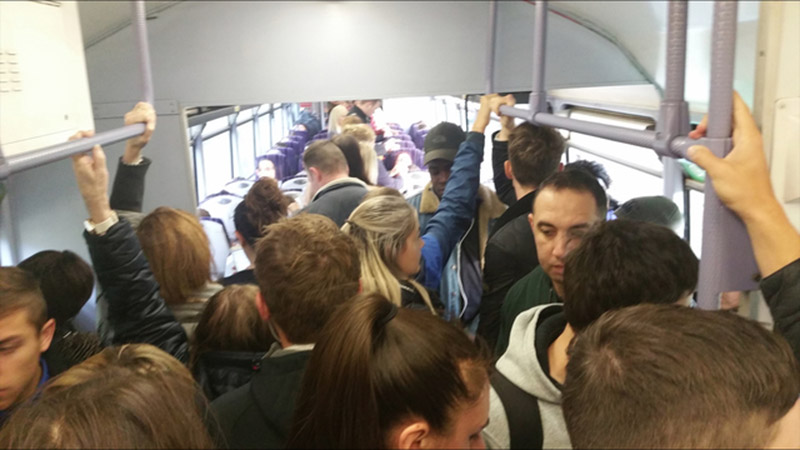 AN under-fire rail operator has been urged to reduce fares for commuters in Barnsley after it was revealed that its ageing fleet of trains will continue to serve the borough until next year.

Its much-derided ‘Pacer’ trains – which were originally constructed from the bodies of decommissioned buses in the early 1980s – were intended to be a short-term solution to bulging passenger numbers but have served Barnsley and its surrounding areas for almost 40 years.

Northern had promised that Pacers would be phased out entirely by the end of this year, but delays have been encountered in the replacement trains’ manufacturing process, meaning some will continue to be used.

Dan said: “This is yet another example of rail passengers in the north being treated like second-class citizens – it’s unacceptable that people will have to continue travel on these relics, which should have been consigned to a transport museum long ago.

“A reduction in fares on affected routes, throughout the period that passengers have to travel on what are essentially buses on rails, is the very least that could be done.

“I expect Northern to do the right thing and compensate its passengers.”

Northern, owned by Arriva Rail North, previously said it was ‘working hard’ to scrap all Pacers having pledged to replace them with a new £500m fleet.

A spokesman said: “As a result of further delays in the construction and delivery of our new trains from manufacturer CAF, a small number of Pacer units will need to be retained for a short period of time in 2020 to deliver the planned daily timetable with the right capacity for our customers.

“This situation is not unique to Northern. The introduction of new trains from July meant the first Pacer was retired in August, with the majority of Pacers still planned to be removed by the end of this year.

“We agree the north deserves the best possible rail service and are working hard to improve performance and reliability for customers.”