Sam is hailed a life-saver after fire 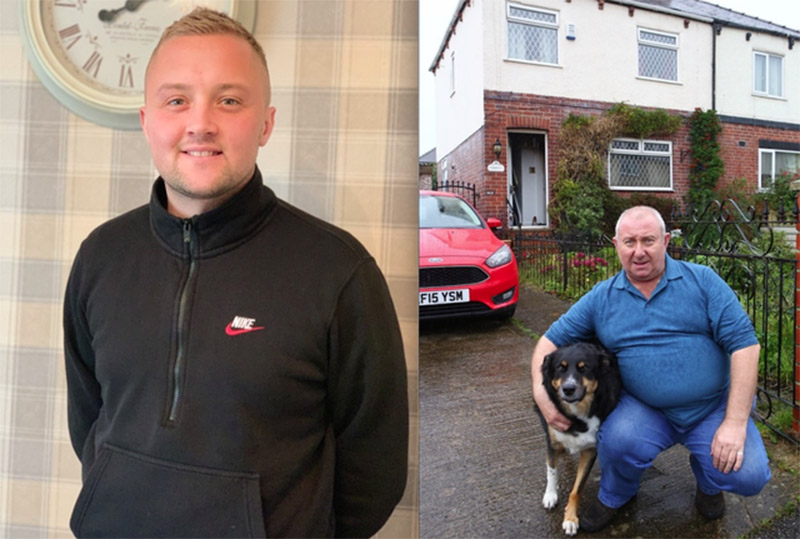 A BARNSLEY man says he ‘would have died’ in the fire which all-but destroyed his childhood home if not for his faithful dog and the heroics of his neighbours to help him and his father escape the smoke and flames.

Ian Stubbs has lived in the house at Hall Street, Wombwell, for more than 46 years - but as he approaches his 60th birthday, he will have to think about rebuilding his life.

It could’ve been much worse, had Ian’s four-year-old border collie Sam not been so relentless in waking him up in the early hours of Monday morning.

“The smoke must’ve been up to the ceiling, the fire alarms were going off but neither me nor my father heard them.

“The dog was scratching at my arms and face and I kept knocking him down saying ‘go to sleep, it’s too early’.

“He started again really frantically so I threw the quilt off and I noticed the bedroom was dark.

“I thought it’d been a power cut, but as soon as I got off the bed my throat started burning and I saw this thick, acrid black smoke.

Ian lives with his 82-year-old dad Ken and Sam. His mum died around Christmas last year, with photographs of her and the cross-stitches she spent much of her time on once adorning the walls of the home - but Ian says these are now ruined.

Firefighters from Dearne, Cudworth and Barnsley stations were called to the house at 4.30am on Monday and spent more than two hours at the scene, with the fire believed to have started after a fault in a fridge freezer.

But it was the actions of Ian’s neighbours that meant he and Ken were safely out of the house by the time they got there.

Ricky Jackson lives next door and was woken up by his girlfriend to hear shouts and alarms from his neighbour’s home.

“I could hardly get through the smoke it was that thick but I could see Ian at the top of the stairs as he’d gone up to get his dad.

“The adrenaline made me go in. I could hear them shouting and just thought I had to help them.”

Ricky and another neighbour had to drag wheelchair user Ken, bruised and bloody after falling several times, out of the house.But as he and his son recovered in the garden, Ian realised his dog Sam hadn’t followed them out.

“I was shouting ‘come out you bloody idiot’,” said Ian.

“I said ‘he’s not saving our lives and dying’. This dog deserves a medal the size of a dustbin lid.

“And I can’t praise the neighbours enough, they were all brilliant.”