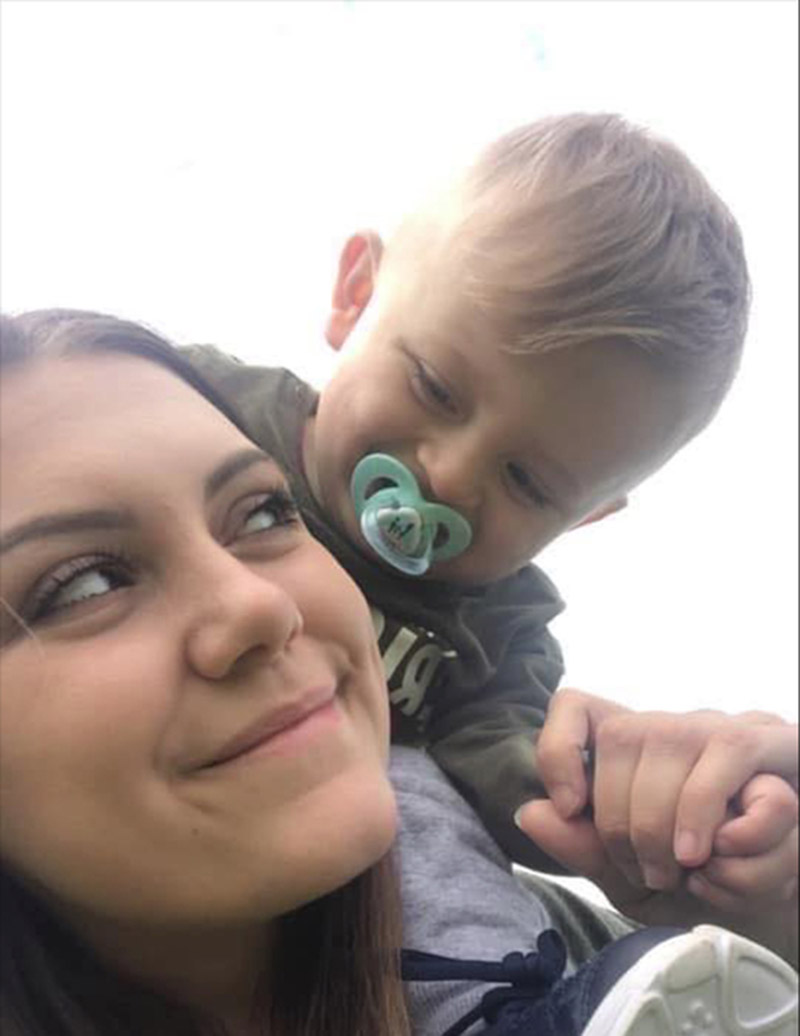 A MOTHER has paid an emotional tribute to her daughter who was killed in an early morning car crash - leaving her one-year-old son to grow up without a mum.

Jordan Williams, also known as Jordan Zuppinger, 18, died on in the early hours of Saturday morning after she was involved in a collision on Burton Road, Monk Bretton.

She was a passenger in a red Renault Clio which crashed into a wall at 5.05am and was pronounced dead at the scene.

The tragedy echoes the death of Jordan’s friend Macey-Jay Frudd, who died in a collision on Broadway in January.

Nathan Williams, a fire-fighter at Cudworth Fire Station, was the first emergency responder on the scene and at the time had no idea it was his niece in the car.

Jordan’s mother, Kat, told the Chronicle how Jordan had always made her laugh and family meant the world to her.

“It may sound strange to some but Jordan was an absolute nutter,” said Kat, of Crown Avenue, Cudworth.

“She was so bubbly and funny. She did live life in the fast lane but she loved everyone, especially her family and her son Riley.

“She was an army child and spent time living in Germany, Cyprus and Edinburgh before we came back to Barnsley. Her death has come as a shock to so many people as she was a very impressionable person.

“She had just passed her theory test and she was looking forward to booking her driving test.

“The last conversation we had was her asking me to put her on my car insurance.”

Jordan, who had just landed a job working for ASOS, gave birth to her one-year-old son Riley on Mother’s Day last year. She had also recently been a bridesmaid for her mum and step-dad Scott, who got married in September.

“She adored Scott. All of Scott’s family live on our estate and she quickly attached herself to them, she wasn’t one to shy away.

“She also loved a Mayo Chicken from McDonald’s.

I tried one the other day because she always spoke about how good it was but I’d never had one myself.

“One thing she did always do when she left the room was say ‘love you’. Even if she was going upstairs, she had to say it.”

The family have come together in the wake of her death, with her grandmother Lesley Ann Hallsworth creating a fundraising page to help with funeral costs and to open a trust fund for Riley.

Kat said: “We want to give her the best send off and ensure that there is something for Riley when he grows up.”

In addition to this, a charity bike ride took place yesterday from Grimethorpe to Nottingham and today (Sunday) at noon a balloon release will take place behind Kat’s house.

A fundraising event will also take place on November 3 at Darfield Road WMC which will be hosted by Lady Bacardi from 1pm to 6pm.

Kat said: “I can’t thank everyone enough for their kind donations, it means the world to us as a family.

“Jordan was not just my daughter, she was my best friend. We will miss her dearly.”

A spokesman from South Yorkshire police said: “The driver of the vehicle, an 18-year-old, was arrested at the scene and has been bailed pending further investigation.”

Officers ar keen to speak to anyone who may have seen the Clio in the area on Saturday morning - or a white Citroen C1 which is believed to have been travelling in front of the Clio.

"Anyone with information is urged to call 101 quoting incident number 173 of October 18.”