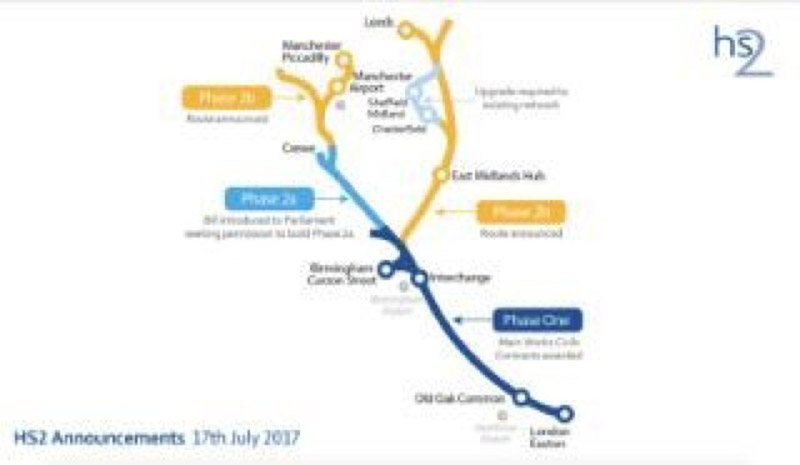 A BARNSLEY MP has met with the government’s rail minister to underline the importance of delivering HS2 to boost connectivity to the region amid rumours that the eastern leg of the project could be scrapped.

Dan Jarvis, who is also the mayor of the Sheffield City Region, has criticised current rail services in Barnsley.

And although HS2 will only skirt the borough, a key element of his ‘Integrated Rail Plan’ is the proposal for a new Dearne Valley Parkway station.

Expected to be in Goldthorpe, it will form part of the Northern Powerhouse Rail network which will connect Liverpool, Manchester and its airport to Leeds, as well as linking to HS2.

However, speculation has been rife that bosses behind HS2 have looked at options to scale back the multi-billion pound scheme - including the scrapping of the route beyond the East Midlands to Leeds and Sheffield - to save up to £10bn.

Dan said: “Improving journey times, capacity and quality of rail services is crucial to realising the ambitions of Sheffield City Region and the wider north.

“I met with the rail minister to underline the importance of delivering both the western and eastern legs of HS2.

“Making our rail network fit for the 21st century does not rely on one single infrastructure project.

“But HS2 is an absolutely fundamental part of achieving the rail connectivity we need which is why I’m concerned at recent rumours that the eastern leg of the project may be scrapped.

“If we are to realise our enormous potential, what we need is truly transformative investment that delivers east-west and north-south connectivity.

“This includes projects such as HS2 and Northern Powerhouse Rail and the new proposed Dearne Valley Parkway station.”

It’s proposed that the station will offer connections to Sheffield in 12 minutes, Leeds in 15 minutes, York in 20 minutes, Birmingham Curzon Street in 56 minutes and London Euston in 95 minutes.

“Any decision from this government that compromises investment levels, capacity and frequency on our rail network is unacceptable,” he added.

“That’s why I’ll be fighting to secure the best possible rail services for the people of Sheffield City Region.”