Warning after bricks thrown from bridge 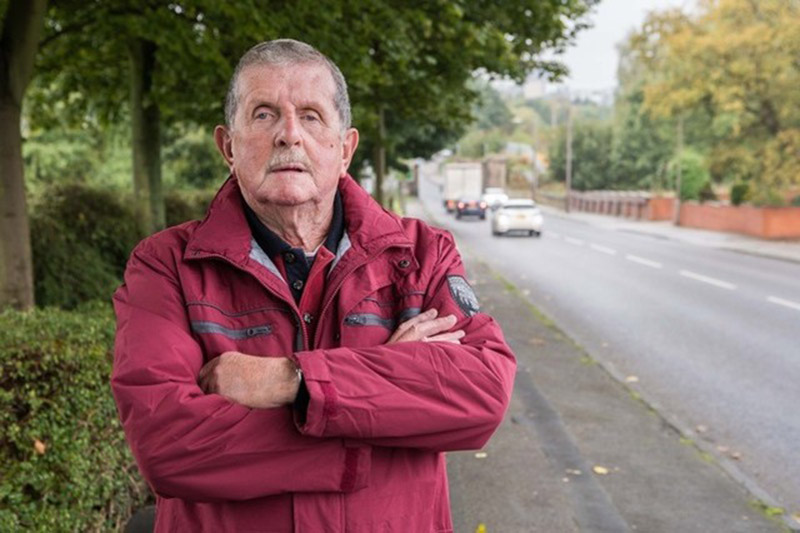 MOTORISTS’ safety is being jeopardised due to youths throwing bricks at two sites - including a former railway bridge - into traffic according to claims made this week.

Police are keeping tabs on a series of reports - made last Friday - which has resulted in two cars and two buses sustaining smashed windows and damaged roofs.

The incidents happened on Barnsley Road, Cudworth, which has seen youngsters scale the banking of the former railway line where the bridge used to go across the main road at an area known as ‘The Valley’.

Coun Charlie Wraith, who represents the Cudworth ward, received an email from a resident whose car had been damaged near the bridge and immediately passed it on to local police.

“It’s a serious matter as it doesn’t bear thinking about the injuries which could be caused as a result of this behaviour,” Coun Wraith said.

“They’ve been thrown into traffic on a 30mph road and I’ve already received reports of damage to both cars and buses.

“I’ve raised this with the police and they’ve been quick to respond showing just how problematic - and dangerous - this could be if it continues.”

Network Rail opted to erect fencing when the bridge was removed in March 2015, but youths have been seen on the playing field side - ‘The Valley’ - where there’s been a host of antisocial behaviour in recent years.

It’s the second time in recent months the issue has been brought up after a bridge which crosses the existing railway line used to deliver sand to Ardagh Glass, on nearby Burton Road, was also reported to be a hotspot for youngsters throwing objects into vehicles’ paths.

It’s been claimed the teens responsible for last week’s incidents belong to the same group which has been behind criminal damage in Cudworth Park, a long-running policing priority, although officers will be deployed to The Valley as a result of the complaints.

Officers from the village’s neighbourhood policing hub - on nearby Manor Road - have been working alongside Barnsley Council’s Safer Neighbourhood Service and Berneslai Homes in a bid to solve long-running problems in the village involving teenagers.

Jill Griffiths, from the Safer Neighbourhood Service, said a database of names had previously been collated - and warned that enforcement will be taken if problems persist.

“There is an action plan in place for antisocial behaviour in Cudworth,” she added.

“We do deal with it anyway but tenancy agreements will be looked at if improvements with kids’ behaviour within their local community isn’t made. We hope this will make them sit up and take notice.

“We have different tools to deal with parents who have private rented housing, whether that’s issuing community protection notices (CPNs) or working alongside PCSOs (police community support officers).”

Police are also working alongside Outwood Academy Shafton - the school where the youngsters are said to go - to gather information on the culprits and behaviour ‘contracts’ could be something that’s looked at, which a youngster has to adhere to before prosecution is pursued.

PC Clare Sidaway added: “We’re aware of a dozen or so youngsters who have been questioned in relation to ongoing antisocial behaviour in the Cudworth area.

“We’re liaising with the school and parents, who have been supportive and mortified. They know full well we’re on their case and we’re all working together to find a resolution.”

John Young, commercial director for Stagecoach Yorkshire, confirmed the company’s drivers had made reports of the incidents involving its buses near Cudworth’s former railway bridge.

He said: “We are aware of incidents involving items thrown at vehicles in the area. We are working closely with the police through the South Yorkshire Travelsafe Partnership on this matter.“

Any customers with concerns of this nature can contact us directly.”