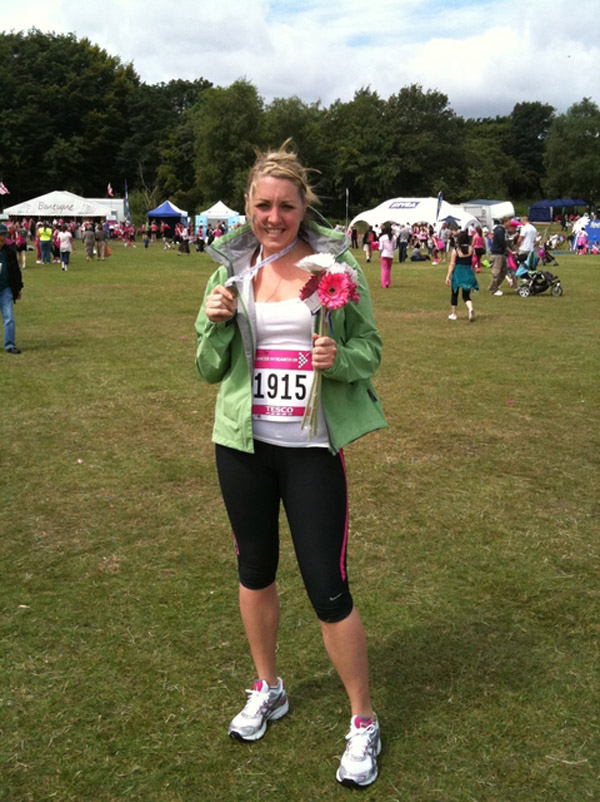 A POLICE community support officer is taking part in the Great North Run for charity.

Katherine McFadzean, 27, will take part in the 13-mile race in Newcastle on September 16.

All money raised will go to Heart Research UK, as her father and grandfather are both preparing for major heart surgeries.

Her father John McFadzean, a former police sergeant, is awaiting an operation to correct aortic stenosis, a narrowing of the aortic valve, and her grandfather is having a pacemaker operation.

Katherine said because heart disease runs in her family - her other grandfather died aged 61 from a heart attack - she decided Heart Research UK could use the money from the sponsorship she raises to help fund new research and treatments.

The PCSO, whose beat is in Barnsley town centre, has been running since she was ten, and has already completed seven half marathons including four previous Great North Runs.

She said: "I'm more nervous about the event this year as I know every penny counts.

"I love running the Great North Run as the atmosphere is so good. It never seems like you are running 13 miles as the crowds carry you around the course."

She is hoping to complete the run in about two hours and has set herself a target of raising £500.

You can support her fund-raising efforts by visiting www.justgiving.com/Katherine-McFadzean0.