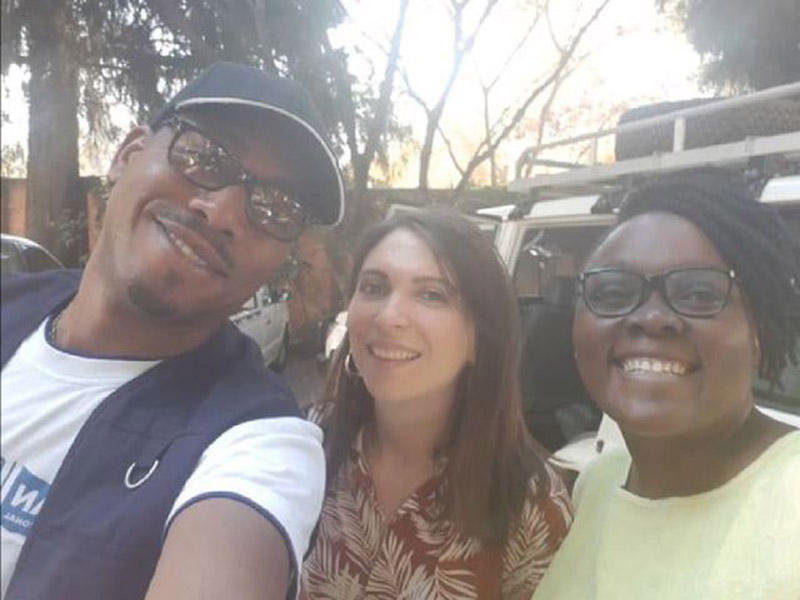 A CHARITY worker who travelled to Zimbabwe in the aftermath of a cyclone has shared her perspective of how the country is struggling six months on.

Laura MacLeman, who is originally from Royston but now lives in London, works for Plan International UK, a charity which aims to advance children’s rights and equality for girls across the world.

The 32-year-old said she travelled to Zimbabwe following Cyclone Idai, which caused widespread destruction in Mozambique, Malawi and Zimbabwe in March this year.

Laura said she met girls who are struggling to get back into education after the cyclone, as well as losing their homes and belongings.

She said she wanted to raise awareness of what the women she met were going through and said even though many had lost so much, they were still hopeful.

“It was an amazing experience to speak to girls in the aftermath,” said Laura.

“Their villages were so beautiful, surrounded by greenery - the locals actually call that area God’s Country which made me think of Yorkshire. But the houses, schools and families had just been devastated overnight, and you could tell how traumatised the girls still were.

“Even in the midst of that, they were so resilient - their overriding wish was to get back to school to make sure they could secure a future for themselves and their families.”

Laura said the charity is raising funds for girls affected by the cyclone. Anyone wanting to donate is asked to go to plan-uk.org/donate/childrens-emergency-fund