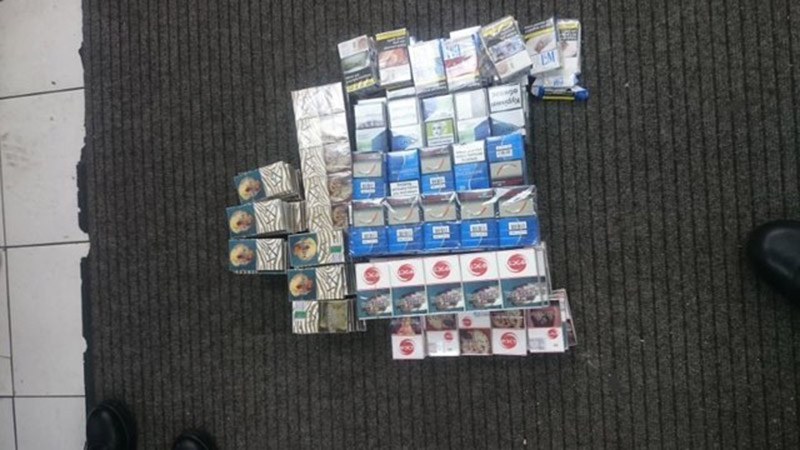 A SNIFFER dog led authorities to more than 4,000 illegal cigarettes that were concealed in a high-tech retractable shelving unit that was ‘concealed in the floor’ of a town centre shop.

Barnsley Magistrates Court was told that in February of this year, officers from Barnsley Council’s regulatory services visited Europe Mini Market on Peel Street, with HM Revenue Customs officers and a sniffer dog, which showed an interest in the floor area.

Officers worked to break open the floor with sledgehammers and crowbars eventually revealing a one metre-square shelving area which rose out of the floor via a remote control device that had its shelves stocked with non duty paid cigarettes.

According to the council, the device was completely hidden in the floor under the counter and was ‘shielded from view by the counter itself’.

The court was told he had spent £1,000 having the device built and more than 4,000 cigarettes were seized by the officers from the device.

A spokesperson from the council said: “It was extremely discrete, it was under the floor tiles and it didn’t make much noise in operation.“It was totally concealed in the floor, with floor tiles and carpet concealing it.

“The concealment was half full with the cigarettes that were seized, so more could have fitted in.”

Bakaitis, who was the director of Europe Barnsley Limited, was sentenced last Thursday and faces fines and costs totalling nearly £10,000 as well as a 12 month community order, 220 hours of unpaid work, a further £180 of costs and a £80 victim surcharge.

The council spokesperson added: “Officers have seen similar before, but it’s fair to say that concealments are becoming more sophisticated, but officers are very tenacious.

“We use intelligence from various sources to investigate alleged offences, and on this occasion we used a tobacco sniffer dog which helped identify the concealment.”

Coun Jim Andrews, the cabinet spokesperson for public health, added: “The individual in this case set out to sell illegal goods from his shop in a premeditated and calculated manner.

“Barnsley Council is absolutely committed to stamping out the sale of illegal cheap cigarettes across the borough, damaging the health of local people and legitimate businesses, and defrauding honest tax payers.

“Anyone with information of other individuals selling illicit tobacco are urged to contact us on 773743 and ask to speak to Barnsley Council’s tobacco control officer.”