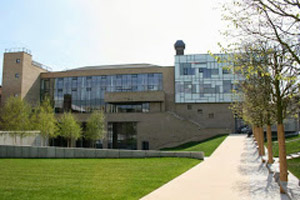 BARNSLEY is set to receive £2m in funding which will be used to regenerate and improve Eldon Street and aid The Civic’s refurbishment.

The town has been awarded the sum from a fund set up to help transform high streets across the country – after submitting a proposal that focuses on a heritage-led transformation of Eldon Street in the town centre.

The proposed scheme also includes work to Barnsley Civic’s historic frontage as well as a new cultural programme for the town, which will also be supported by Arts Council England.

Eldon Street was chosen for the project as it links The Glass Works redevelopment and the Old Town conservation area – one of 18 areas in Barnsley that have an architectural or historic interest.

Barnsley will be working closely with Historic England between now and January to work up the detail of the programme and the funding to be awarded with more details promised ‘in due course’.

“This not only complements the investment that the council is making in improving Barnsley town centre, but also enables local people to engage with their heritage and celebrate the new developments.

“We’ve already worked with Historic England at our Heritage Action Zone in Elsecar, so know firsthand how positive and productive this partnership will be. I have no doubt that this project will make an enormous difference to local people.”

Chief executive of The Civic Helen Ball said: “The Civic is incredibly proud to be part of Eldon Street becoming a Heritage Action Zone. We’re looking forward to playing our role in this next exciting development stage for the town centre.”

Trevor Mitchell, regional director for Historic England, said: “High streets are right at the heart of our communities. It’s fantastic news for the people and businesses of Barnsley that they will receive this much needed boost to help them bring new life to their historic high street.

“Our high streets face many challenges, with some historic buildings underused and down at heel, but with a little investment and imagination they can be transformed into vibrant places that attract new businesses and other new uses.

"Historic high streets have a crucial role to play in delivering economic growth and attractive environments in which we can live, work and play. Historic England is looking forward to working with the local community in Barnsley on this exciting historic high street project.”

Barnsley is one of 12 towns from the North East and Yorkshire which have been successful for the programme, which will regenerate high streets around England high streets with a £95m cash injection from the government.