‘Town centre anti-social behaviour at an all time high’ 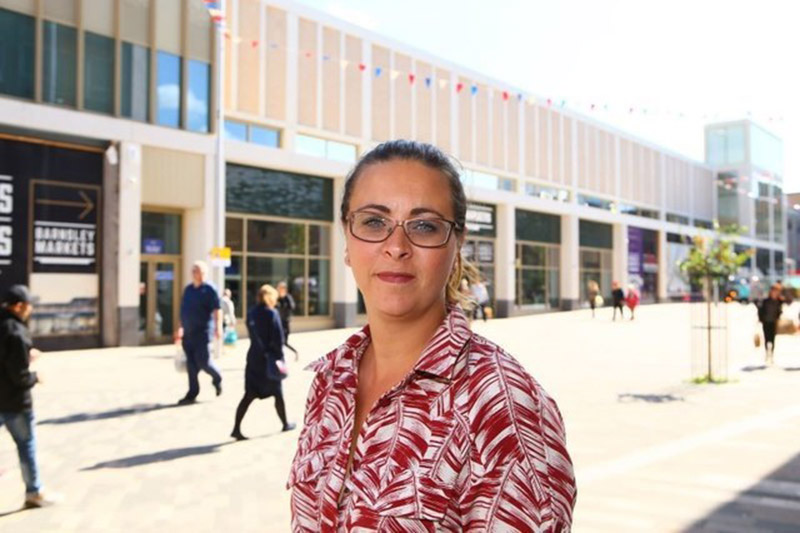 A HIGH Street shop worker said she is ‘sick to death’ of anti-social behaviour in Barnsley town centre and claims it is the worst she’s seen in 22 years after a spate of incidents.

Katy Webster, who works for a retailer on Cheapside but asked for her employer not to be named, said there has been several incidents of criminal damage in the past month to the front of Sports Direct, New Look and Topshop, with windows being smashed or put through.

Katy, who has been working as a team leader for 22 years, said there were two incidents which ended in smashed windows in August, but also said that shoplifting has been on the rise.

“It's so frustrating that these things keep happening and it feels like those of us who work in the High Street shops are being left to deal with it ourselves,” said Katy, of Monk Bretton.

Katy said she knows the police are doing their best in helping to keep the town centre safe, but said she believes ‘more can be done’.

“The police are trying to do a town centre banning order but it takes a lot of paperwork to be able to take the people who keep causing damage to court.

"A lot of us who work in the town centre feel like it’s all going downhill. I have been working on here for 22 years and it seems like it is just getting worse.

“It feels like a losing battle and more needs to be done.”

Members of Barnsley Town Neighbourhood Policing Team said they are aware of a number of instances of ongoing anti-social behaviour (ASB) within the Peel Square, Eldon Street, and May Day Green areas of Barnsley town centre.

This includes four reports of criminal damage where windows were smashed on retail premises on Cheapside overnight on August 9.

A spokeswoman for the team said: “Reducing ASB and criminality is one of the primary roles of the neighbourhood team and while we acknowledge there are still ongoing issues, the town centre has seen ongoing reductions in ASB since the re-launch of neighbourhood policing.

“The policing priorities for the Town Neighbourhood Team are set in conjunction with town centre businesses and security staff at monthly meetings.

“This allows key offenders/problem causers to be identified by those working in the town, day in day out. The feedback from this targeted approach has been primarily positive and ensures the involvement of those affected by their actions.

“Officers will continue to take a long-term problem solving approach to target these offenders, prosecuting them where able and looking to obtain court orders to prevent further offending.”

The spokeswoman said that there has been a recent move for police officers and community support officers, as well as extra staffing, which will help ‘increase the visible policing presence in the town centre’.