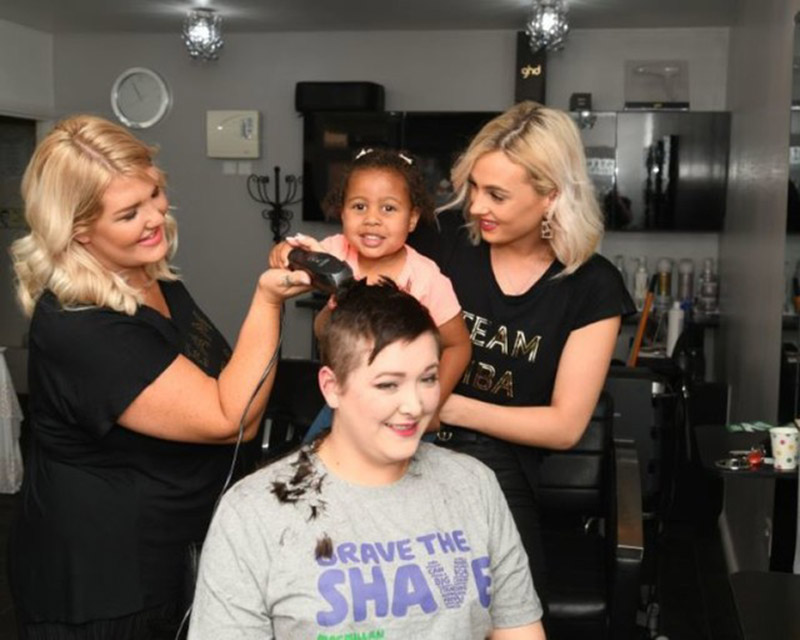 A BARNSLEY woman let her young step-daughter take the razor when she had her hair off in aid of Macmillan Cancer Support.

Biba Hair, based on Doncaster Road, held a coffee morning on Wednesday in addition to their client, Gemma Sanders ‘braving the shave’.

Gemma Sanders, 27, of Bank End, Worsbrough Common, said: “I saw an advert on Facebook about Brave the Shave and I had never heard of it before.

“I have family members who have been affected by cancer and I thought it would be a great way to raise money for a wonderful charity.

On the day I just went with the flow I wasn’t nervous I was more excited. I’ve managed to raise £400 for Macmillan and I want to thank Biba Hair for doing it an allowing my stepdaughter to have a go. She was super excited to shave my hair.”

Biba Saxon, who owns Biba hair said: “It was a fantastic day in the shop and we raised an amazing £140. We had other local businesses donate raffle prizes and we also held a bake sale. Thank you to everyone who came in and bought a ticket for the raffle.”