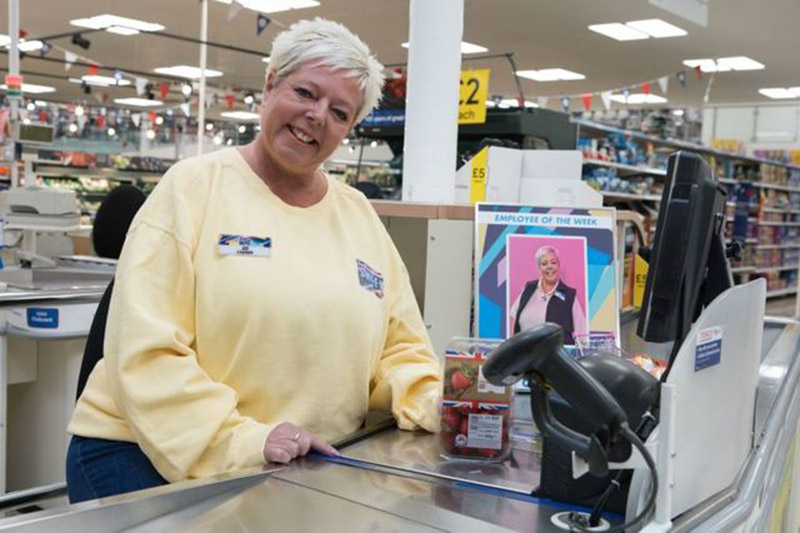 GOING wild in the aisles is all good fun – but for one star of the latest series of Supermarket Sweep, the best stuff happens at the end of them.

The cult classic game show formerly hosted by Dale Winton made its long-awaited return to the small screen this week presented by former X Factor star turned TV presenter Rylan Clark-Neal, and Barnsley viewers may have heard a familiar twang in the voice of one of the checkout ladies.

Jo Ramsden might even be a recognisable face to game show viewers, having appeared on the likes of Deal Or No Deal, Nothing But The Truth with Jerry Springer and Wordplay.

But travel agent Jo – who has ‘never worked a till in her life’ – admits it was strange to be part of the cast rather than a contestant on the new series, which launched on ITV2 on Monday night.

“I was so excited when I got the call to say it was coming back on.

“Before the cashiers never spoke but on this one we do a lot of interacting with Rylan and the contestants.

“I really got on with Rylan, although he kept taking the Mickey out of my accent.”

Jo, 50, got the part after being contacted by one of Supermarket Sweep’s producers, who she had worked with on other shows.

She’s one of five cashiers who were trained up on the tills, which are fully functional and identical to the ones used by Tesco.

The shop is even full of real produce, which is later donated to shelters and food banks.

“I had my own dressing room and was looked after from start to finish,” added Jo.

“And they were proper tills so I can now work a Tesco till. “Although I’m not right happy with the uniform – I’ve never looked as butch in my life.”

Catch Jo on Supermarket Sweep at 8pm on ITV2 on Monday.