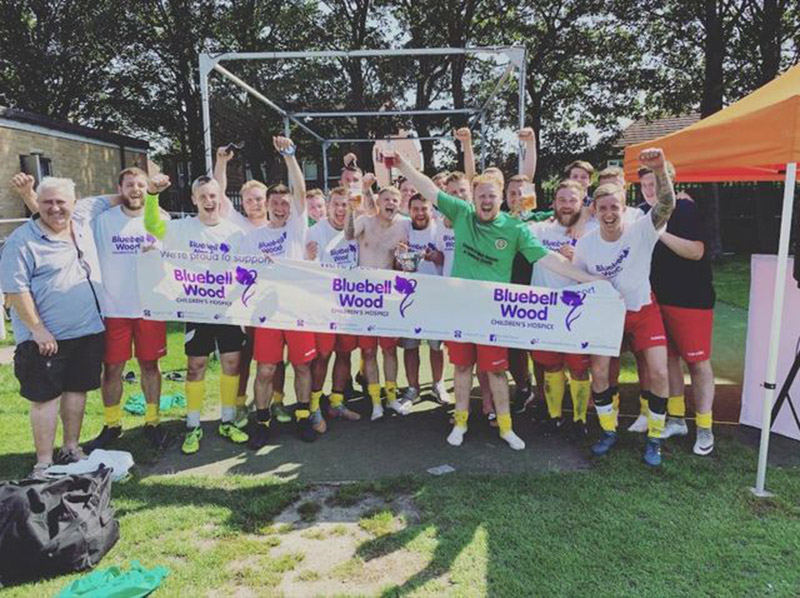 THIS year’s final of Darcy’s Cup was described as the ‘best yet’ with a brilliant 4-3 win by Cobcar Sports and Social.

The match, which is held every year, saw Cobcar Sports and Social beat Athersley Rec by 4-3 after extra time.

The event this year also saw more than £1,600 raised for Bluebell Wood Children’s Hospice in Sheffield. Darcy’s Cup is named after Darcy Burke, who brought the Barnsley community together having been the subject of innumerable fundraisers.

She died in April 2014 after a year-long battle with a terminal tumour known as diffuse pontine glioma at the age of six.

When she was diagnosed with the tumour a year before, friends and family rallied together to raise funds for Darcy as she wanted to go to Disneyland as a last wish.

The event is organised by friends of Darcy’s family and takes place every year. Darcy’s dad, Dave Burke, said this year’s final was one of the best so far. “Sunday was a fantastic day and was probably the best Darcy’s Days Cup Final yet. The total raised for Bluebell Wood was £1,607.

“After a thrilling game, Cobcar Sports and Social beat Athersley Rec by 4 goals to 3 after extra time. It was a very bittersweet day for me but I left with a smile on my face. To say I left a proud man would be an understatement.

“It was a great game of football and the consensus is that it was the best Darcy’s Cup final yet.

“Plans are already underway for next year and are going to try to get the final played at Oakwell if possible.”