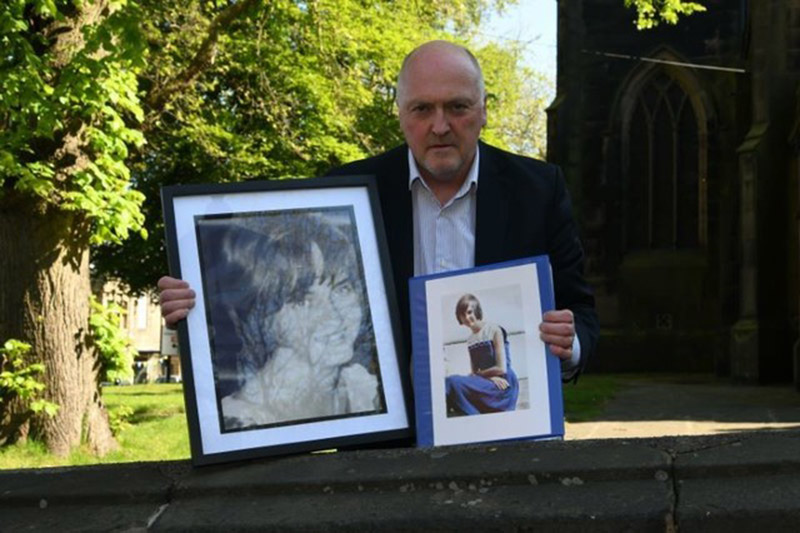 THE brother of a teenager who was allegedly murdered by ‘Beast of Wombwell’ Peter Pickering says his family have taken a step closer to securing justice - after a date was set for a long-awaited inquest.

Elsie Frost, 14, was stabbed to death as she walked home in Wakefield in 1965 and although there did not prove to be a successful prosecution over her murder at the time, detectives - who have been reinvestigating Elsie’s murder since 2016 - were preparing to charge convicted child killer and rapist Pickering after new evidence came to light.

However, the 80-year-old died in March last year after being taken ill in the secure psychiatric accommodation in Berkshire where he was held for more than four decades.

Elsie’s brother, Colin Frost, said his family’s wish for a new inquest to open - which was granted following a High Court appearance earlier this year - will finally give them the answers they have been waiting years to hear.

Following a hearing in Wakefield earlier this month which saw the inquest opened and adjourned, a date of November 18 has now been set for it to resume.

“My sister’s murder, as well as Pickering’s other crimes, shocked the local communities and it resonated not only in Barnsley and Wakefield, but nationally,” Colin added.

“We have fought a long, hard battle for an inquest to be opened to keep Elsie’s legacy going. Getting this date means the police will have the opportunity to reveal all the evidence they found against Pickering resulting from the enquiries over recent years.

“While we’ll never fully get justice because that hope ended when Pickering died, this inquest is the best-case scenario for us as a family who have been seeking answers for so long.

“The public’s response has been overwhelming - it just goes to show that even after all this time, Elsie’s story still has a huge impact on so many people.”

Pickering, who stabbed and strangled 14-year-old Shirley Boldy in Wombwell seven years after Elsie’s murder, was also convicted of historically raping another woman - a crime he committed near the time of Elsie’s death - and was waiting to be sentenced before he died.

Elsie was attacked from behind and stabbed in the back and head as she walked through a railway tunnel off a canal towpath.

Ian Bernard Spencer, who was originally accused of Elsie’s murder but never charged, was visited before his death last year where police officers advised him that there was to be a charge against a major suspect and he would be totally exonerated.

Part of the new evidence cited by the judges, according to High Court documents, includes an allegation that the Metropolitan Police sent a telegram in October 1965 to colleagues in Wakefield stating they regarded Pickering as a ‘potential suspect’.

However, investigating officers ruled Pickering out and although he was jailed seven years later for Miss Boldy’s murder, Elsie’s family were robbed of the ‘closure’ they sought.

“Mr Spencer unfortunately had to live with the accusation of being involved in Elsie’s murder for the rest of his life and that is just wrong, so we want justice for everyone involved, not just us as a family.

“It truly was a senseless crime, one which has no answer, but we feel a huge sense of relief that Elsie’s story will finally be told in court with the police’s new input.”