Josh plans event to say thanks for care 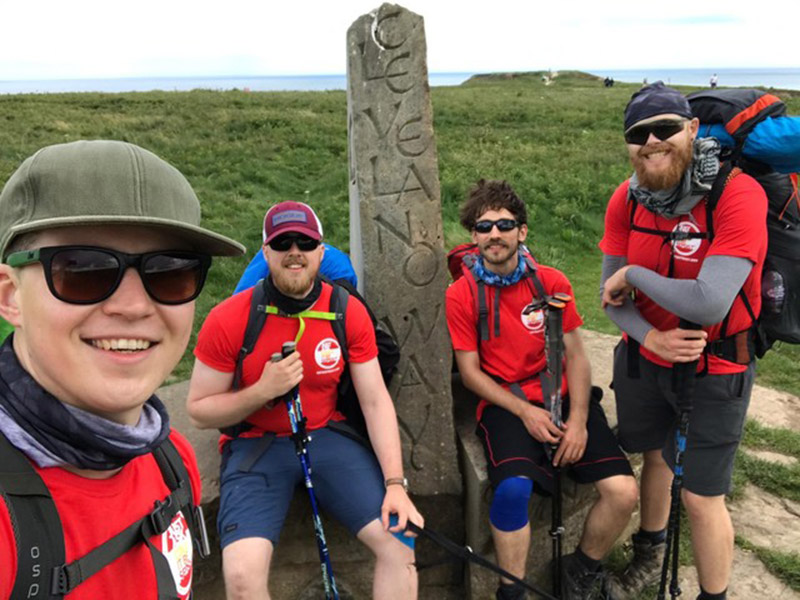 A YOUNG man who was touched by the care his seriously ill father received while in hospital with sepsis is hosting a charity band event to help raise money for the hospital and to raise awareness about the illness.

Last December Josh Hinds’ dad Gary became ill with what he thought was a common cold.

However, as his condition worsened, Gary, 51, was rushed to hospital after experiencing breathing difficulties, and it was soon discovered that he had sepsis.

“It all happened so quickly,” said Josh, 23, from Kingsway, Wombwell.

“We just thought he had a regular cold and the next thing he was in intensive care, and fighting for his life.”

Gary’s organs began to fail as a result of septic shock which was caused by pneumonia. He was given just 24 hours to live as a result of the severity of his illness and placed in the intensive care unit (ICU.)

“That was the worst night of my life, everything was moving so fast and knowing that my dad might not wake up was heartbreaking,” said Josh.

Gary spent five weeks in a medically-induced coma in Barnsley Hospital’s ICU. In January, doctors made the decision to amputate 10cm below each of Gary’s knees and to allow his fingers to ‘auto-amputate’ as lack of blood-flow to his extremities had caused irreversible damage.

“His legs and fingers turned black,” said Josh. “It looked like frostbite. They had to leave his fingers for six months to kind of drop off so they were all bandaged up for a while.”

Now, eight months later, Gary is infection free and adjusting to his life with prosthetic legs. However, Josh discovered that his dad was the only patient to survive out of four that were admitted at the same time with sepsis.

Inspired by his dad’s fight-for-life, Josh set about trying to raise awareness about sepsis and to raise money for both The UK Sepsis Trust and Barnsley Hospital Charity to recognise the care his dad received while he was a patient there.

“Sepsis kills an estimated 52,000 people each year and most of the cases are preventable.

“I think if people know what symptoms to look for, sepsis will get recognised earlier and that person stands a stronger chance of survival.”

Josh has so far completed a 100 mile sponsored walk alongside his friends which raised more than £1,500 for charity and is planning a charity band night to help raise more money for The Sepsis Trust UK.

The event will feature a host of local bands including Perfectparachutepicture, Death Store, Tom Jackson, and Frank Grimes and the Disasters who will be launching their latest EP at the event.

“I love music and wanted to combine my fundraising efforts with my love of music so decided to create a charity night,” said Josh.

“There will also be a silent auction on the night to help raise money.”

The event will take place on September 13, which is World Sepsis Day, at The Old No 7 pub, doors open at 8pm.