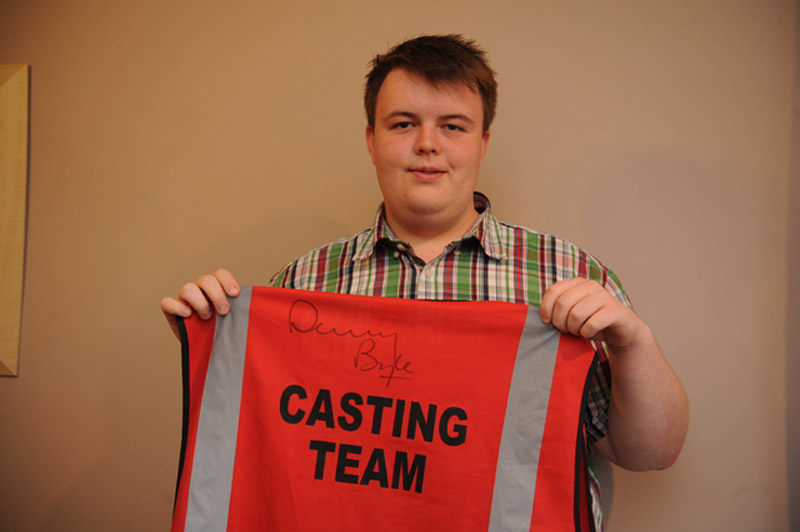 A LAD from Barnsley who worked on the Olympic opening ceremony was so close to the action he saw Mr Bean nearly get run over by a giant bed in rehearsals.

Adam Cookson, 21, from Church Street, Jump, helped to look after 280 children involved in the NHS and children's literature segment of the

spectacle, which marked all things British.

During rehearsals Mr Bean actor Rowan Atkinson was walking on for his part in the orchestra scene and was almost run over by one of the giant beds used in the NHS scene.

"We didn't know JK Rowling was going to be in the scene as she didn't come to rehearsals and we only knew about Rowan Atkinson when we nearly ran him over with a bed. There's thousands of beds and Rowan Atkinson moved over and there were these beds coming towards him and I'm saying 'woah, woah' to stop them," Adam said.

The former Kirk Balk and Barnsley College student made sure the children were tucked up in the right beds, got to the stage on time and no one went

missing before the show unfolded.

Adam is studying at the University of West London for a degree in events management.