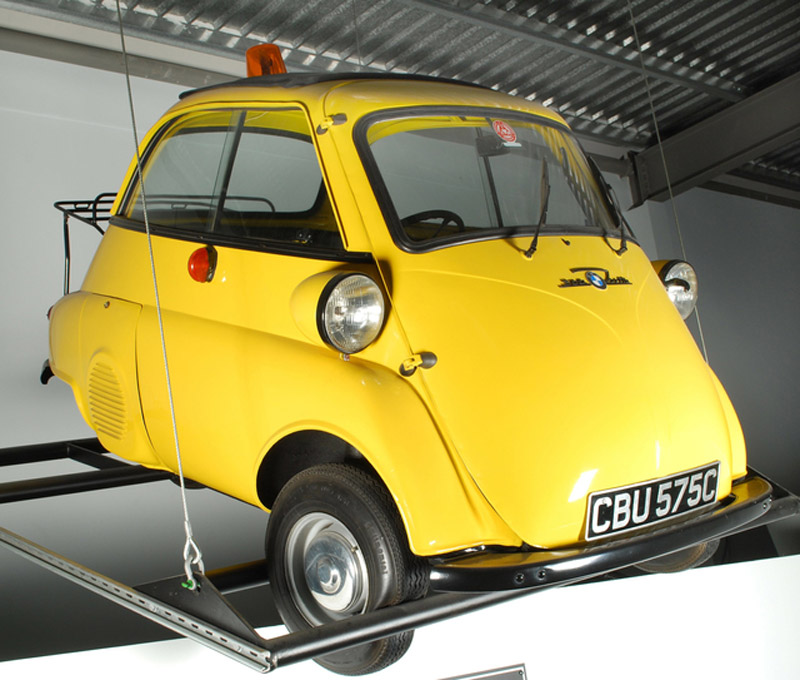 SIR Jimmy Savile's three-wheeler bubble car has found a new home in Barnsley after it was snapped up at a charity auction.

Angela Swift - who owns Silk Healthcare - paid £22,000 for the quirky car at a charity auction in Leeds.

She plans to put the 1965 BMW Isetta 300 on display in the new care home she is opening in Mapplewell in February.

She said: "I'm sure it will get people talking.

"The new home specialises in dementia care and it will be really good for residents because it is nostalgic and will bring back memories for them."

She decided to bid for the car after Sir Jimmy did a good turn for her and residents when he opened another home she owns in Yarm, Stockton-on-Tees.

She said: "He turned up for free, despite other celebrities asking for up to £20,000 to show their face, and then spent the whole day chatting with

Angela said buying the car was a way of repaying the 'generosity' shown by Sir Jimmy and to give something back to his charitable trust.