Fan's favourite is back in family way 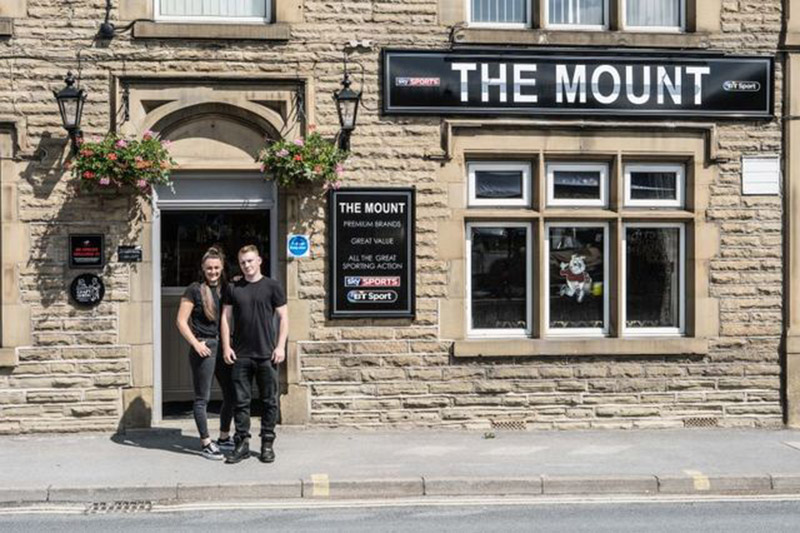 THE children of a popular pub landlord synonymous with Barnsley FC fans have vowed to continue their dad’s legacy – having taken over venue’s running four years after his death.

Sue Elrington, 32, and her brother Jack Elrington, 24, took over The Mount, on Pontefract Road, last week just before the Reds’ winning return to the Championship with a 1-0 win over Fulham at nearby Oakwell.

In 1989, their dad, Phil, owned and ran a social club at Oakwell where the CK Beckett stand is now situated.

At the time, the club was the official Barnsley FC supporters’ pub. In 1994, Phil was advised that the club was going to be demolished to make way for the new stand so, a year later, he along with his wife Tracy and their two children moved to The Mount.

The couple were the landlords for the next 20 years and Sue said: “It was originally a pub for away fans, so my dad had to work incredibly hard to turn it round and turn it into a Barnsley supporters’ venue.

He managed to do it and it was thriving. “The pub became the go-to place for fans and it remained that until 2014, when my dad had to retire due to ill health at 64.

“He wanted Jack to take over, however he was only 18 at the time. He sold the lease to his friend on the condition that when the lease was up in five years he could have first refusal to buy it back. However in 2015, my dad died.”

Last year the family heard that the pub was being taken over by the Craft Union Pub Company and the siblings decided it was time to claim it back.

Sue added: “Me and Jack set up a limited company and together we were able to buy the lease back – we were overjoyed because it means so much to us as a family and it’s great that we are able to continue my dad’s legacy.

“The pub has been refurbished by Craft, who have been great, and we’ve been able to retain some of the original features and character, as well as some of the Barnsley FC memorabilia we had acquired over the years.

“We’ve put up a plaque in memory of my dad and we’re so happy to have the pub back in our hands.

“The pub officially opened last Tuesday and it’s been fantastic. We’ve had so many old faces back through the door and these are punters that have watched us grow up and they love the fact that we are now serving them.

“My mum is also on hand helping behind the bar and it’s fantastic that she’s come out of retirement to help us.”