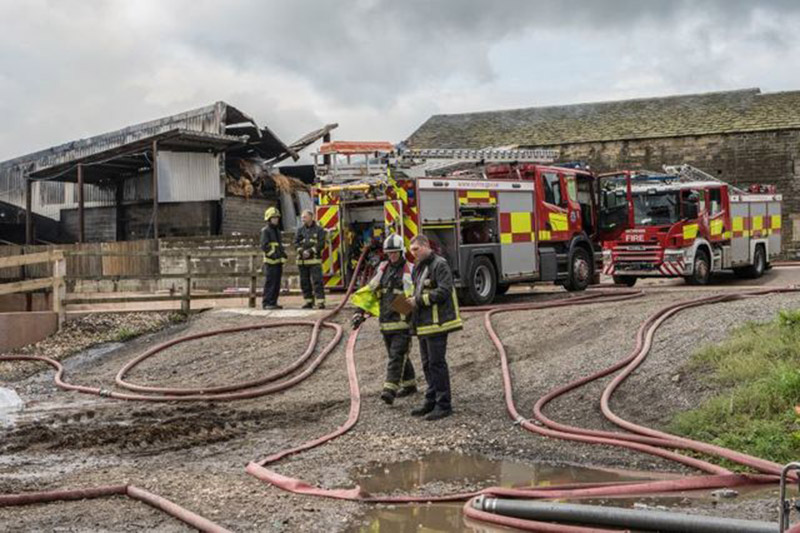 FIRE crews were drafted in from Barnsley’s four stations to tackle a huge blaze near Tankersley.

Hay bales caught fire in the early hours of Wednesday morning, resulting in more than 30 firefighters rushing to the scene on Pea Fields Lane.

A spokesperson from South Yorkshire Fire and Rescue confirmed no injuries were sustained during the incident and an investigation to ascertain why the fire started is underway.