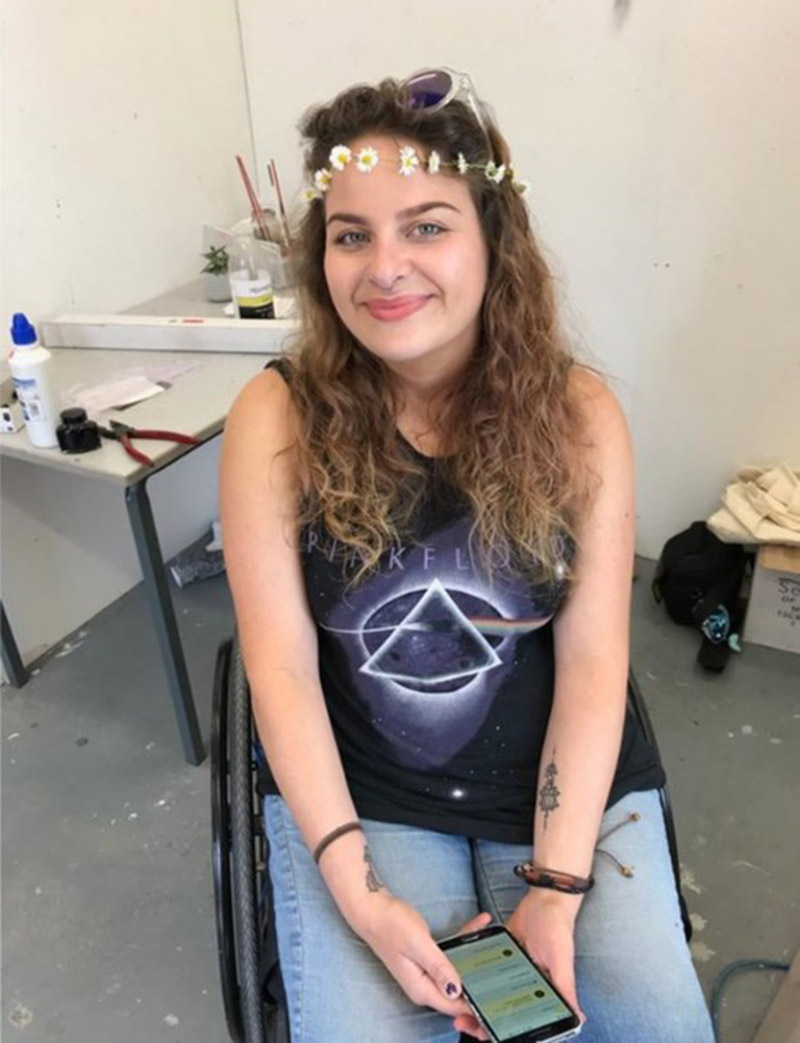 A TEENAGE girl who was struck down by a virus which left her paralysed from the chest down has been given an award for being an inspiration to other youngsters in her position.

Maisie Graham, who was 15 when she collapsed at Horizon Community College after complaining of backache and a tingling sensation in her legs, was diagnosed with transverse myelitis (TM) - a rare neurological disorder caused by inflammation of the spinal chord.

Maisie, who was otherwise fit and healthy, had been waiting to go into assembly when she felt a sharp, shooting pain in her back.

Within ten minutes was doubled up in pain and struggling to breathe. She collapsed on the floor of the matron’s office while on the phone to her mum, Michelle, and was rushed to Barnsley Hospital where doctors believed she had been injured at rugby practice the night before.

Now 19, Maisie, of Keresforth Road, Dodworth, won the Spinal Injury Association’s young person of the year award at a ceremony held last week at the home of Williams, the Formula One racing team, in Oxfordshire.

The award is presented to a spinal cord injured person aged 25 or under, who has provided an outstanding level of contribution to the community and their peers.

Maisie said: “It meant so much to me to be nominated, so winning it goes above and beyond that.

“I would tell anyone who’s been recently diagnosed with a spinal injury to never feel alone - get in contact with spinal injury charities and people in similar situations. You will grow in confidence and independence in more ways than you would have before.”